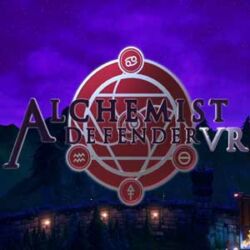 Take on the role of a Master Alchemist who after years of researching and crafting tools to find the Philosopher’s Stone, have invented a portal to new worlds. The energy of those lands will fuel your final journey to reach the Stone.

To your surprise you are confronted by a rebellion in each world you plan to consume. Now in the midst of glory only a final resistance stands between the Alchemist and absolute power.

Will you be able to stand your ground and dominate those who resist?