HungryPigs go on a rampage in Tokyo! 🐷

You can enjoy full-fledged action games with easy controls.
Use your technique to push yourself to your limits!

Multiplayer for up to 4 players is also available.
Aim for a high score with your friends!
(Multiplayer may experience glitches depending on communication conditions.) 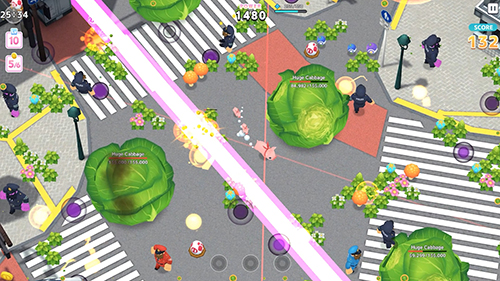