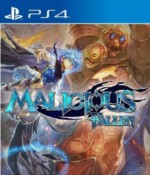 Slice your way into the hit PlayStation®3 and PlayStation®Vita action games, combined, remastered and revitalized for the PS4™ system.

Step into the kingdom of Santiville where a malevolent energy known as Malicious has crept out of the blackness of the void to destroy everything. Take control of the Spirit Vessel – a human form containing forces for good and bestowed with great abilities – to rid the world of Malicious and its evil minions.

Smash through waves of vicious fighters and hulking bosses, using deadly weapons, devastating powers and destructive combo attacks. Santiville is counting on your courage – can you save it from the darkness?