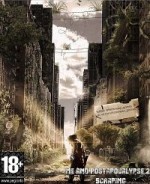 Me And PostApocalypse 2 Scraping

Me and PostApocalypse 2: Scraping – the first person shooter with elements
of survival and adventure games. In this sequel to the game Me and
PostApocalypse, you play an experiment scientist – the man who defies the
infection plague that has enslaved the people of the Earth, making them
zombies. You have to destroy the droid which took the Earth and free the
planet from the zombies in order to bring the Earth back again. You expect
a lot of adventures – passing through the heat and cold, having survived the
night, fighting off attack droids and zombies – to save the planet from
destruction.

Me And PostApocalypse 2 Scraping MULTi2-FASiSO