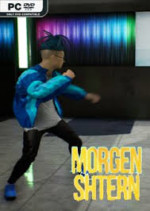 MORGENSHTERN: easygame is a dynamic fighting game in which you have to fight with different opponents using martial arts techniques. You are waited by ten interesting fights with absolutely unpredictable opponents. Corrupt bloggers, rappers and other personalities will meet you during the game. Each subsequent fight is more difficult than the previous one. The number and strength of the enemy will increase, but at the same time you’ll receive new abilities that can help win a victory. Use different combat tactics, defend yourself or move away from strikes and attack, successfully choosing moments. Your opponents will constantly try to stand in your way or kill you! But this isn’t a reason to stop, because strong-willed people (such as Morgenshtern) don’t give up!