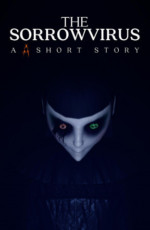 The Sorrowvirus A Faceless Short Story

This is our first ever game, and while it’s not the multiplayer portion of Faceless (which we’ll be returning to develop!), we’re proud of it! Thank you to those who have been patient so far with us, we know that a few of you have been extremely impatient for Faceless and that it’s not what it initially set out to be due to a multitude of issues both legally and financially. Game development is difficult, especially for those of us on our small team who have had no prior experience!

At first, we intended to create all of Faceless in one single game, that included the multiplayer portion and any Short Stories we intended to do. Granted, this was simply far too ambitious for us. As a result, we wanted to create this Short Story so that you could experience something that was real, an introduction into what we hope will be the vast world of Faceless. While Faceless will be solely multiplayer, we hope to develop further standalone single-player Short Stories, like The Sorrowvirus. In the meantime, join our Discord! We’d love to have you.